27 in stock (can be backordered)

WINNER OF THE KEITH MATTHEWS PRIZE FOR BEST CANADIAN BOOK 2016

Scottish Arctic Whaling brings to light a previously little-known but important Scottish industry. The author’s extensive use of original sources such as log-books and diaries shows that hundreds of whaling vessels, sailing variously from sixteen east-coast Scottish ports, harvested more than 20,000 bowhead whales at East Greenland, Davis Strait and Baffin Bay during the eighteenth and nineteenth centuries.

And they did so under almost unimaginably demanding and hazardous conditions.

More than 110 ships were lost, while others were often detained within the pack-ice, causing the whale men to suffer starvation, disease, scurvy, frostbite and death. In 1836 alone, more than 100 whalers on the Advice and Thomas, Dundee, and Dee of Aberdeen perished when they became entrapped at Davis Strait. Nevertheless, by the second half of the nineteenth century, through hard work, skill and perseverance, Scotland had a virtual monopoly on Arctic oil and bone, until seriously depleted stocks and the outbreak of the First World War brought the industry to a close.

Chesley Sanger grew up in Newfoundland, where life was geared to the rhythms of the sea. He gained a PhD in the Origins of the Scottish Northern Whale Fishery from the University of Dundee. He has published a number of books, including Twentieth-Century Shore-Station Whaling in Newfoundland and Labrador, 2006 (with A.B. Dickinson), which received the Canadian Nautical Research Society Award for Best Book. He also received the New Bedford Whaling Museum Waterman Award for ‘contribution to the history of whaling’ (2008). He is an Emeritus Professor at the Memorial University of Newfoundland, Canada. 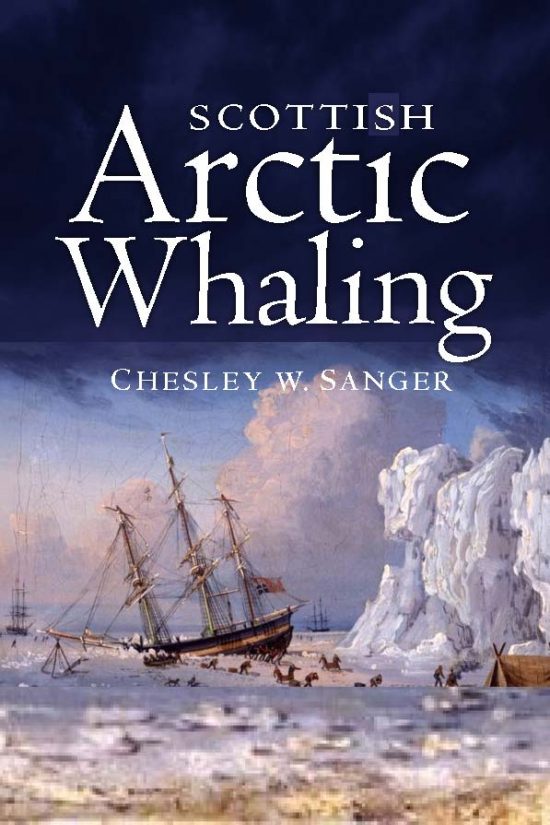