Exhaustively researched yet eminently readable, this first book-length account of the historical Somerled assembles, evaluates and interprets the full spectrum of evidence.

24 in stock (can be backordered)

Through most of eight hundred years, Somerled of Argyll has been variously denounced as an intractable rebel against his rightful king and esteemed as the honoured ancestor of the later medieval Lord of the Isles, but he can be recognised now as a much more complex figure of major prominence in twelfth-century Scotland and of truly landmark significance in the long history of the Gael.

In this book individual chapters investigate his emergence in the forefront of the Gaelic-Norse aristocracy of the western seaboard, his part in Gaeldom’s challenge to the Canmore kings of Scots, his war on the Manx king of the Isles, his importance for the church on Iona, and his extraordinary invasion of the Clyde which was cut short by his violent death at Renfrew in 1164.

Perhaps most impressive is the book’s demonstration of how almost everything that is known of or has been claimed for Somerled reflects the same characteristic fusion of Norse and Celt which binds the cultural roots of Gaeldom. It is this recognition which has led its author to his proposal of Somerled’s wider historical importance as the personality who most represents the first fully-fledged emergence of the medieval Celtic-Scandinavian cultural province from which is directly descended the Gaelic Scotland of today.
John Marsden is the author of a number of books on the early history of Scotland and Northumbria and in recent years has made his home in the Western Isles. 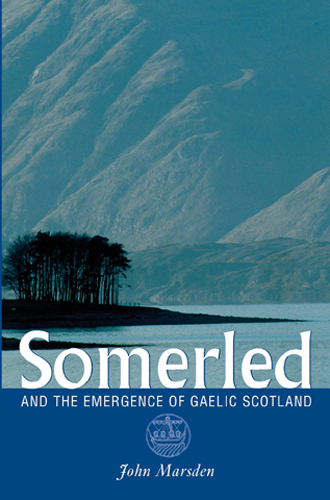