2 in stock (can be backordered)

The Coddy was one of the most renowned storytellers and characters of the Western Isles at the turn of the nineteenth into the twentieth and beyond, and was the inspiration for Compton MacKenzie’s Whisky Galore. His warmth and personality shine through these stories, which are a wonderful mix of myth, tradition and anecdote.

This edition includes a large number of traditional tales told in the inimitable style of The Coddy, grouped in a number of themed sections: Tales of the Macneils of Barra and Other Lairds – The MacLeods of Dunvegan – The Laird of Boisdale – Stories of Olden Times – Ecclesiastical Traditions – Place-names – Tales of Treasure – Tales of Local Characters – Stories of the Politician – Stories of Sea Monsters – Fairies, Second Sight and Ghost Stories – Witchcraft.

For any student of folklore, for anyone interested in the traditions and history of the islands, or for anyone who simply likes a tale well told, The Coddy is essential reading. This edition is enhanced with a plate section consisting of period photographs of the Western Isles and informative notes on The Coddy and his stories.

John Lorne Campbell was the author of numerous books and articles, including Canna: the Story of a Hebridean Island, the island that was his home from 1938 to his death in 1996. He was instrumental in ensuring that the island pass into the care of the National Trust for Scotland in order that its natural and cultural heritage be protected. He was honoured with numerous awards during his life, including honorary degrees from the Universities of Glasgow and Oxford, fellowship of the Royal Society of Edinburgh, and in 1990 an OBE. 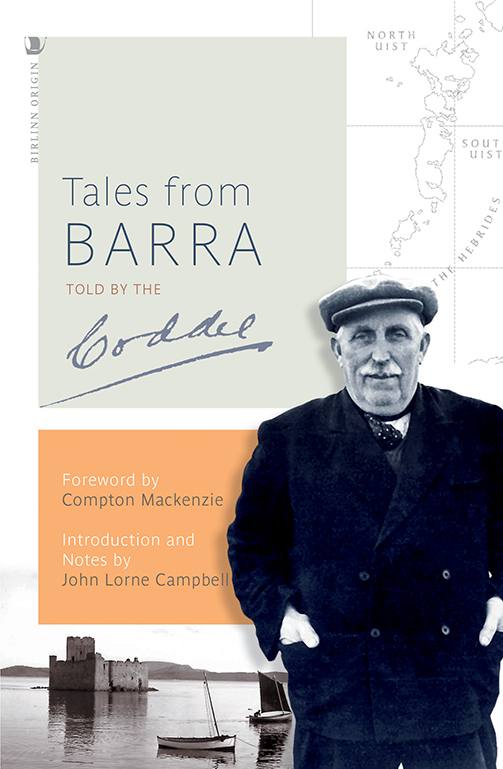