In this ground-breaking study of the medieval parliament, Roland Tanner gives the Scottish Parliament a human face by examining the actions and motives of those who attended. In the past, the Scottish Parliament was seen as a weak and ineffective institution – damned because of its failure to be more like its English counterpart. But Roland Tanner shows that the old picture of weakness is far from accurate.

In its very different way, the Scottish Parliament was every bit as powerful as the English institution. The ‘Three Estates’ (the clergy, nobility and burgh representatives who attended Parliament) were able to wield a surprising degree of control over the Crown during the fifteenth century. For instance, they threatened to lock James I’s taxation in a box to which he, the king, would have no access, made James II swear not to alter acts of Parliament, and prevented him from using his own lands and wealth as patronage for his supporters, and forbade James III to leave the country.

Roland Tanner has avoided a dry constitutional approach. Instead he has sought to bring Parliament to life through the people who attended, the reasons why they attended, and the complex interactions which occurred when all the most wealthy, powerful and ambitious people in the kingdom gathered in one place. 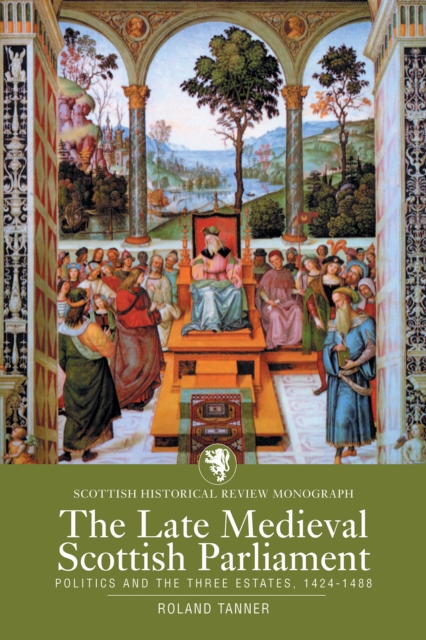