The Lives and Loves of Puffins, Gannets and Other Ocean Voyagers

53 in stock (can be backordered)

In ten chapters, each dedicated to a different bird, and each beautifully illustrated by Kate Boxer, The Seabirdís Cry travels their ocean paths, fusing traditional knowledge with all that modern science has come to know about them: the way their bodies work, their dazzling navigational expertise, their ability to smell their way to fish or home, to understand the workings of the winds in which they live.

At the heart of the book are the Shiant Isles ? a cluster of Hebridean islands in the Minch that Adam Nicolson has known all his life ? but he has pursued the birds much further: across the Atlantic, up the west coast of Ireland, to St Kilda, Orkney, Shetland, the Faeroes, Iceland and Norway to the eastern seaboard of America, the Falklands, South Georgia, the Canaries and the Azores ? reaching out across the widths of the world ocean.

This book is a paean to the beauty of life on the wing, but even as we are coming to understand the seabirds, a global tragedy is unfolding. Their number is in freefall, dropping by nearly seventy per cent in the last sixty years, a billion fewer now than in 1950. Of the ten birds in this book, seven are in decline. Extinction stalks the ocean and there is a danger that the grand cry of a seabird colony, rolling around the bays and headlands of high latitudes, will this century become but a memory. 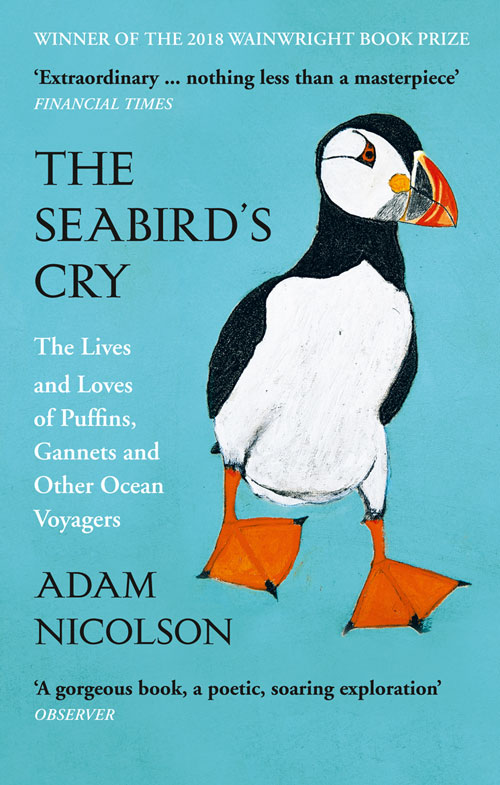