29 in stock (can be backordered)

Work on the Crinan Canal began in 1794 but the project was beset by financial and engineering problems and quickly had to be bailed out by the Government. After this uncertain start was overcome however, and some structural difficulties were addressed, traffic levels gradually increased until in 1847 Queen Victoria travelled along the canal on her way to a holiday in the Highlands. Following her patronage the canal became part of what tourist promoters billed as ‘The Royal Route’. The short but scenic canal has been popular with tourists ever since, and as commercial traffic dwindled in the first half of the twentieth century, yachts and pleasure cruisers replaced the fishing boats and puffers. The route of the canal from Crinan to Ardrishaig is illustrated here in a picturesque collection of pictures that feature both canal life and some of the small communities that once lay alongside it. 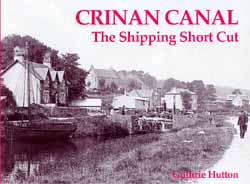