The Truth About St Kilda

The Truth About St Kilda

The Truth about St Kilda is a unique record of the isolated way of life on St Kilda in the early part of the twentieth century, based on seven handwritten notebooks written by the Rev. Donald Gillies, containing reminiscences of his childhood on the island of Hirta. It provides a first-hand account of the living conditions, social structure and economy of the community in the early 1900s, before the evacuation of the remaining residents in 1930. The memoirs describe in some detail the St Kildans’ way of life, including religious life and the islanders’ diet.

The puritanical form of religion practised on St Kilda has often been interpreted by outsiders as austere and draconian, but Gillies’ account of the islanders’ religious practices makes clear the important role that these had in reinforcing the spiritual stamina of the community. This book is a lasting tribute to the adaptability and courage of a small Gaelicspeaking society which endured through two millennia on a remote cluster of islands, until its way of life could no longer be sustained.

The Rev. Donald John Gillies was born on St Kilda in 1901. He left in 1924 and subsequently moved to Nova Scotia. In his later years he travelled widely and maintained close contacts with the surviving inhabitants of St Kilda. In August 1980 he returned to St Kilda for the rededication of the recently restored church on the 50th anniversary of the evacuation of the island and preached the sermon in the service to celebrate that occasion. He died in Vancouver in 1994.

John Randall has been Chairman of The Islands Book Trust since 2002 and has edited and published many books on the history of Scottish islands, including St Kilda. He is co-author of St Kilda – Myth and Reality. 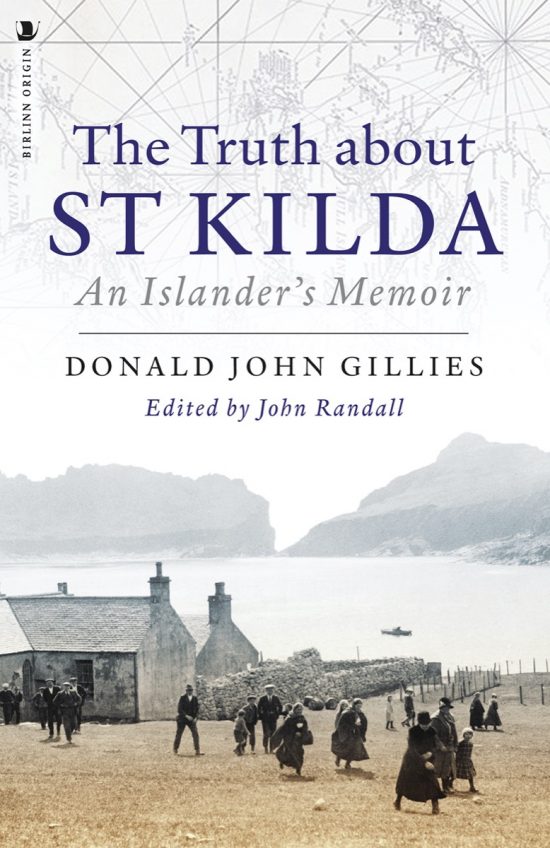