by Michael Pedersen and Kevin Williamson

This year’s anthology promises more of the up-and-coming and established names in British poetry, who have all shared the Neu! Reekie! bill. Many of the works are new, many are favourites read at the events; all are savoured, sublime, sumptuous voices within poetry already.

Contributors include: Jackie Kay, Kathleen Jamie and Liz Lochhead as well as younger poets: Rachel McCrum and Ryan van Winkle and poets from the spoken word circuit: Luke Wright and Ross Sutherland. Accompanying the book is a downloadable compilation album.

Michael Pedersen is a poet, playwright and animateur with an electric reputation on the performance circuit and a prolific precedent of collaborations, having teamed up with some of the UK’s top musicians, film-makers and artists. He is widely published in magazines, journals, anthologies and e-zines, and a key creative within Dream Tower Productions. He’s also the lyricist for cult band Jesus, Baby! and has written short plays for various troupes including the National Theatre of Scotland. Michael’s collection, Play with Me, was published by Polygon in 2013.

Kevin Williamson is a writer, publisher, and activist, originally from Caithness. He is a Scottish socialist and republican and was an activist for the Scottish Socialist Party (SSP). He was also the architect of their radical drug policy, which included the legalisation of cannabis and the provision under the National Health Service of free synthetic heroin to addicts under medical supervision to combat the problems of drugs in working class communities. He wrote a regular weekly column, Rebel Ink, for the Scottish Socialist Voice. He is co-founder of Neu! Reekie! 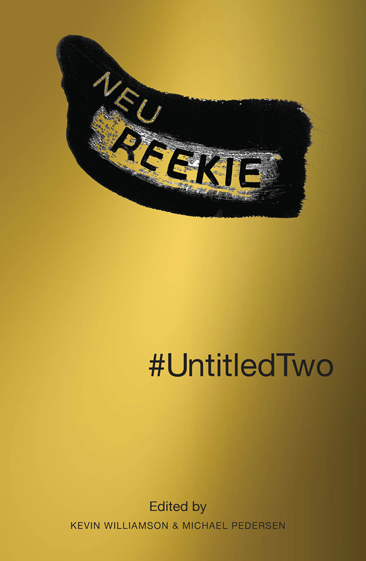