It’s 1943 and the war has brought rationing to the Hebridean islands of Great and Little Todday. When food is in short supply, it is bad enough, but when the whisky runs out, it looks like the end of the world. Morale is at rock bottom. George Campbell needs a wee dram to give him the courage to stand up to is mother and marry Catriona. The priest, the doctor and, of course, the landlord at the inn are all having a very thin time of it. There’s no conversation, no jollity, no fun – until a shipwreck off the coast brings a piece of extraordinary good fortune …

Compton Mackenzie was born in West Hartlepool, England, into a theatrical family of Mackenzies, but many of whose members used Compton as their stage surname, starting with his grandfather Henry Compton, a well-known Shakespearean actor of the Victorian era. His father, Edward Compton, was an actor and theatre company manager; his sister, Fay Compton, starred in many of J. M. Barrie’s plays, including Peter Pan. He was educated at St Paul’s School and Magdalen College, Oxford, where he graduated with a degree in modern history. He died in 1972.

Roger Hutchinson is an award-winning author and journalist. After working as an editor in London, in 1977 he joined the West Highland Free Press in Skye. Since then he has published thirteen books, including Polly: the True Story Behind Whisky Galore. He is still attached to the WHFP as editorialist and columnist, and has written for BBC Radio, The Scotsman, The Guardian, The Herald and The Literary Review. His book The Soap Man2003) was shortlisted for the Saltire Scottish Book of the Year (2004) and Calum’s Road (Birlinn 2008) is an international bestseller. (Birlinn 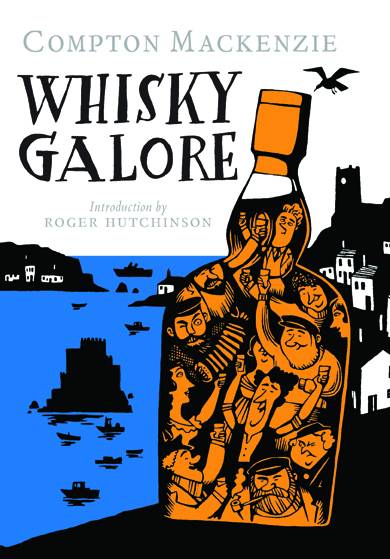