Introduced by Christopher Hitchens, this is the fourth of the five Richard Hannay novels. After the war and newly knighted, Hannay is living peacefully in the Cotswolds with his wife Mary and son Peter John. Unfortunately, a day arrives when three separate visitors tell him of three children being held hostage by a secret kidnapper. All three seem to lead back to a man named Dominick Medina, a popular Member of Parliament. Hannay uncovers a dastardly plot involving hypnotism and the black arts, as well as the more earthly crimes of blackmail and profiteering.

John Buchan was a Scottish diplomat, barrister, journalist, historian, poet and novelist. He published nearly 30 novels and seven collections of short stories. He was born in Perth, an eldest son, and studied at Glasgow and Oxford. In 1901 he became a barrister of the Middle Temple and a private secretary to the High Commissioner for South Africa. In 1907 he married Susan Charlotte Grosvenor and they subsequently had four children. After spells as a war correspondent, Lloyd George’s Director of Information and Conservative MP, Buchan moved to Canada in 1935. He served as Governor General there until his death in 1940.

Christopher Hitchens was a prolific and award-winning journalist, political observer, polemicist and literary critic. He became a US citizen in 2007 and his autobiography Hitch-22 was published in spring 2010. After a long and public battle with cancer, Christopher sadly died in December 2012. 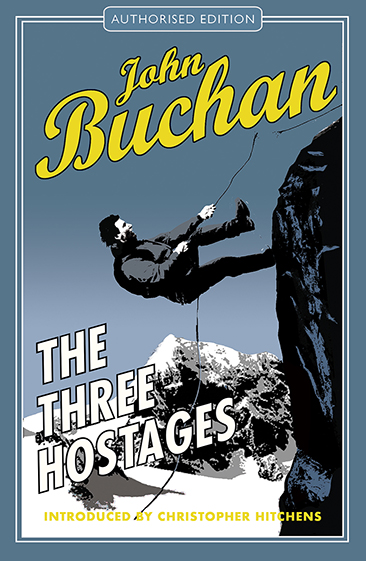