Scapa Flow, one of the greatest naval bases in history, resonates through the annals of the Royal Navy during the two great wars of the twentieth century, and this book solidifies that reputation in this remarkable book.

47 in stock (can be backordered)

It was from Scapa Flow that the Grand Fleet sailed to Jutland in 1916; from there it was where Russian convoys set off; and it was in that beautiful, bleak anchorage that the German High Seas fleet committed the greatest act of suicide ever seen at sea — ‘The Grand Scuttle’ — before being raised and scrapped in one of the most astonishing examples of maritime salvage. It was also in Scapa that we have our last photographs of Kitchener before he boarded the Hampshire, sunk by mine off Marwick Head.

James Miller was born and brought up in Caithness. After working abroad and in London he returned to the north of Scotland to work as a full-time writer. His previous books published by Birlinn include The Dambuilders, The North Atlantic Front and Inverness. 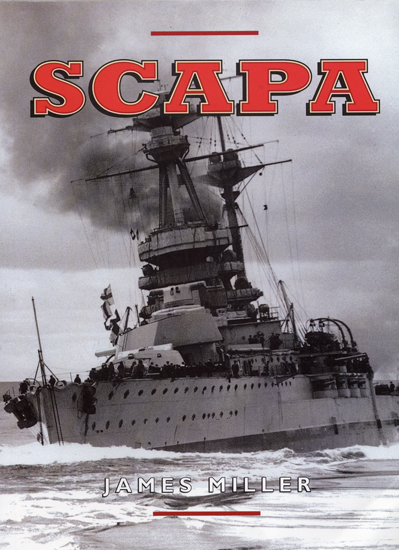